Do Drones Have Red Lights?

A recent study conducted by 20th Century Fox Home Entertainment found that 50% of the USA residents believe in extraterrestrial life.

Quick Navigation
Are Drones Designed to Be Flown at Night?
Do Drones Have Red Lights?
What Else Could Explain Mysterious Red Lights?
Summary

For that reason, it shouldn’t come as any surprise that thousands of Americans report seeing unidentified flying objects each year. Of course, a UFO doesn’t always mean an alien spacecraft.

When attempting to explain the eerie red lights commonly reported by those who claim to have encountered an alien spacecraft, skeptics generally turn to commercial jets, military aircraft, and drones. But can a personal drone, really be responsible for a UFO sighting? Do drones have red lights? 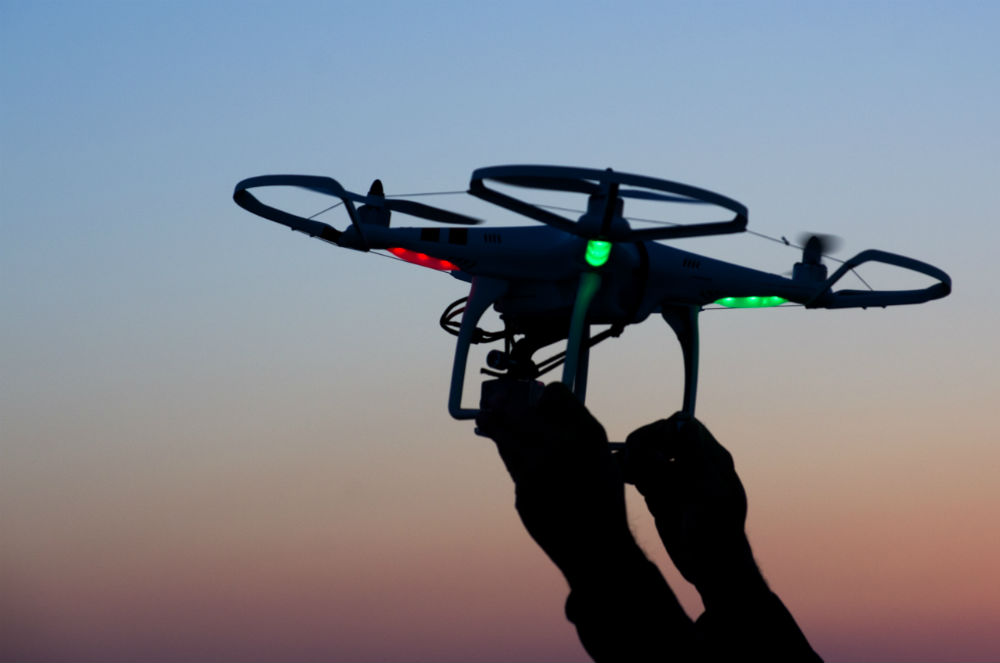 Are Drones Designed to Be Flown at Night?

If you are a newcomer to the world of drones, you are likely concerned about piloting your drone after the sun has set. This concern is understandable and is indicative of you being a responsible pilot. The answer to this question will vary depending on the drone you purchase since not all drones are designed to be flown at night.

You will find that many beginner drones, particularly those that fall under $50 are intended only for use during daylight hours and will likely crash or get lost when flown during the night. On the contrary, premium-quality drones come fitted with LED lights to ensure they are visible even when the sun has gone down.

The purpose of these lights is to ensure the pilot of the drone can see the aircraft at all times, thereby minimizing the risk of it crashing. These lights are also often used to create impressive visual displays, as documented by the hundreds of drone light shows currently available on YouTube and other video-sharing websites.

Do Drones Have Red Lights?

Many who believe they have encountered an alien spacecraft report flashing red lights, but could these lights be more accurately traced back to a drone? While we hate to disappoint any believers out there, yes, drones do have red lights, particularly LED. In drones, red lights are also integrated as warning signs to signify a low battery, an exceeded altitude, or a failing motor.

What Else Could Explain Mysterious Red Lights?

If you encounter a mysterious red light in the night sky and somehow know with absolute certainty that it is not a drone, there are some other potential culprits. As mentioned earlier, red lights can often be traced back to commercial jets and military vehicles. Mysterious lights can also be caused by distant flames, fireworks, and malfunctioning street lamps.

Perhaps the most surprising source of mysterious lights at night is wildlife. Owls, for example, are known to have large, glowing eyes which can easily create the impression of a pair of floating orbs when seen in the sky at night.  As well as being a commonly cited cause of supposed alien encounters, owls are believed to be responsible for some reports of creatures in cryptozoology.

For example, many who claimed to have encountered the mysterious Mothman, who terrorized Point Pleasant in West Virginia from November of 1966 to December of 1967, reported seeing a winged creature with glowing eyes in the sky above them. Although the hysteria meant many learned people failed to raise owls as a possible explanation, they are accepted as the cause of at least some sightings today.

Do drones have red lights? Yes, definitely they do have red lights. They can be integrated LED lights to help the pilot keep an eye on his or her drone and/or an indicator light.

That said, whenever you see an object with a red light flying in the sky, it can be a drone, an animal, a commercial or military aircraft, or something that has not been identified yet.